The Jumping International de Bordeaux is hosting the Final of the FEI Driving World Cup™ in 2023!

Be prepared for an intense competition with the best drivers in the world.

The FEI Driving World Cup™ was launched in 2001, and Bordeaux was one of the events on that inaugural series!

The drivers select their competitions in groups of 5.

Each driver may only take part in four competitions, and only their best three results are counted.

Competitors who pick up points in each competition, and the top six on the overall leader board, will qualify for the final at the Jumping International of Bordeaux, on Sunday February 5th at 16h45. 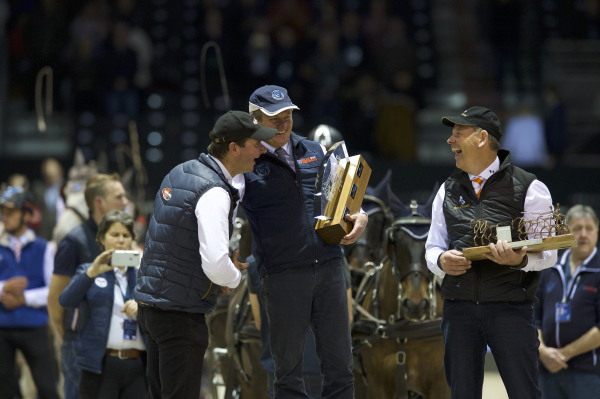 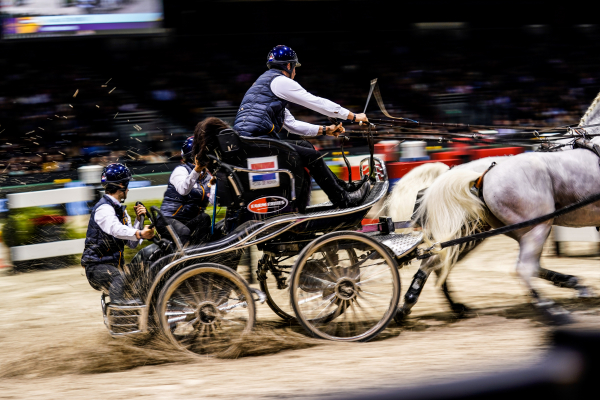 THE FINAL IS BACK IN BORDEAUX !

In 2023, the Jumping International de Bordeaux will once again host the final of the FEI Driving World Cup™ final. This thrilling and sorely underrated discipline has a strong following in Bordeaux.

Driving is one of the most fascinating disciplines of equestrian sport, and certainly one of the most spectacular. The world’s best drivers have made the trip to Bordeaux an annual pilgrimage, and never fail to put on a show! It takes an incredible amount of skill to drive four horses galloping at full pace, around a course littered with various obstacles.

These world's best driver sincerely appreciate the atmosphere in the arena of the Jumping International de Bordeaux, considered one of the finest locations in the world for competitive driving, and there is always competition for places even when Bordeaux is simply one of the qualifying events.