Not many of those historic early competitions still exist today…

At least, not many of those that featured on the 1978-1979 tour, the inaugural year in which the Jumping World Cup was still mostly amateur. The Jumping International de Bordeaux was one of those founder members. More than 40 years later Bordeaux is still there, stronger than ever, and firmly established as the French leg of this prestigious international circuit. 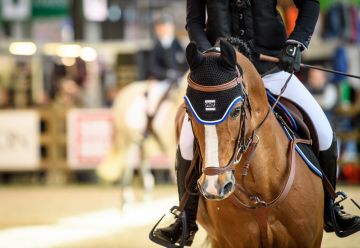 The history of the Jumping World Cup begins with a Swiss journalist by the name of Max Ammann. One day during the Montreal Olympics, drawing inspiration from the Skiing World Cup, Ammann went to see the President of the FEI, Prince Philip, Duke Of Edinburgh, and said: “I have an idea…”

“Well get to work then,” responded the Prince.

By May 1978, the concept had been more or less finalised and a decision had been taken: the World Cup would officially begin that following winter. The first final was held in Gothenburg, and Hugo Simon was presented with the inaugural trophy by Prince Philip in April 1979.

Of the ten destinations which featured in that first season, only four are still hosting World Cup events today: Gothenburg, Geneva, ‘s-Hertogenbosch and Bordeaux remain pillars of the international equestrian calendar in Western Europe.
Western Europe is also reputed to be the toughest league of the tour, on a par with the East Coast of the USA.

The Jumping International de Bordeaux was first held in 1973, under the aegis of its irrepressible, unforgettable founding father Emeric Coupérie. Originally held outdoors, on what is now the car park of Bordeaux’s Exhibition Centre the event moved indoors in 1974 for its first CSI.

One day, around three years after this first event, Emeric Coupérie arrived home brimming with enthusiasm: 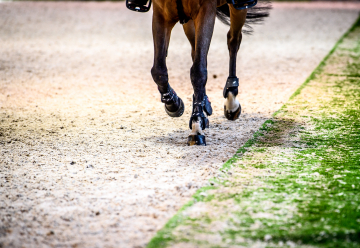 The World Cup label brought all of the greatest riders of the day to the capital of Aquitaine: world champions David Broome and Gert Wiltfang, Irish captain Gerry Mullins, as well as John Whitaker and Thomas Frühmann all chalked up their names on the honours board in the 1980s.

Bordeaux witnessed some of its most memorable sporting moments in 1985 and 1986 with victories for John Whitaker and Milton and Pierre Durand and Jappeloup: “The exploits of Pierre Durand and Jappeloup had much to do with the success of the Jumping International de Bordeaux in the late 80s. The fans turned out in numbers to watch their local hero,” recalls Philippe, son of Emeric Coupérie.

When Emeric Coupérie passed away in 1985, the Marquis du Vivier took over the reins. The competition, now organised by a new team and nicknamed “Jumbo”, moved to the nearby velodrome in 1991 at the behest of mayor Jacques Chaban-Delmas. It was certainly an original environment in which to watch show jumping, with riders descending underground to emerge from a ramp in the middle of the arena, which was in any case too far from the spectators. The fans stopped turning up, so much so that Bordeaux sat out the 1994-1995 season.

But this absence was to be short-lived: in 1996 Le Jumping rose from the ashes, this time in the capable hands of what was then the Bordeaux Exhibitions Committee, now better known as Bordeaux Expo. Under their guidance, the Jumping International de Bordeaux soon regained its reputation for sporting spectacle, and the stands were packed once again!

In 2006, Le Jumping entered a new era and a new arena, Hall 3, still in the same location by the lake but now bigger, lighter and more modern. Year after year, the Jumping International de Bordeaux delivers equestrian thrills of the highest order, much to the delight of its passionate crowds!